Stories of our Climate Conversations attendees who decided to join the Global Climate Strike on 20th September, 2019. 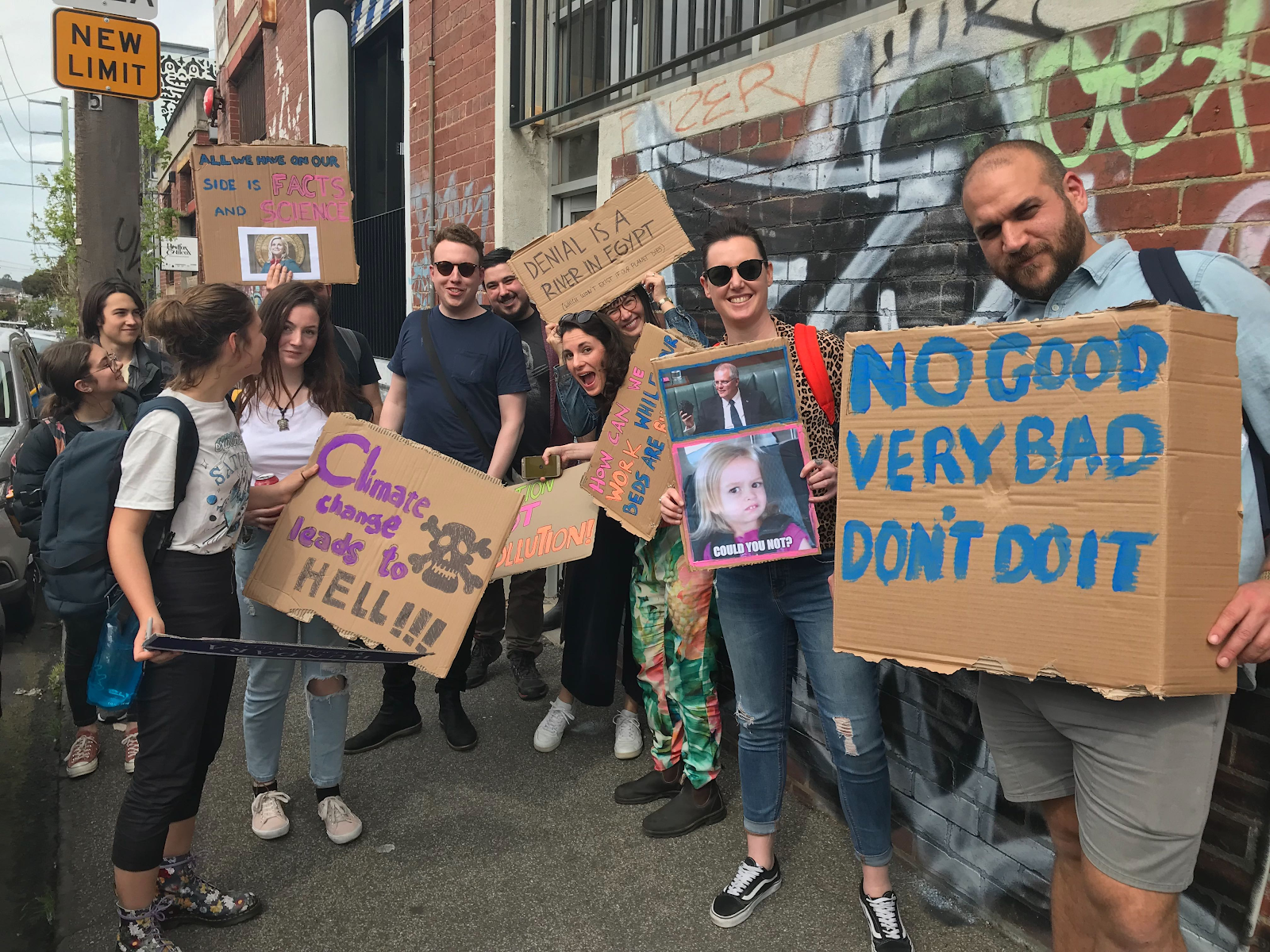 Last month, 7.6 million people demanded climate action around the globe by joining the Global Climate Strike. In Australia, 350,000 people walked out of work to strike on Friday 20th September. We endorsed and joined the strike too. 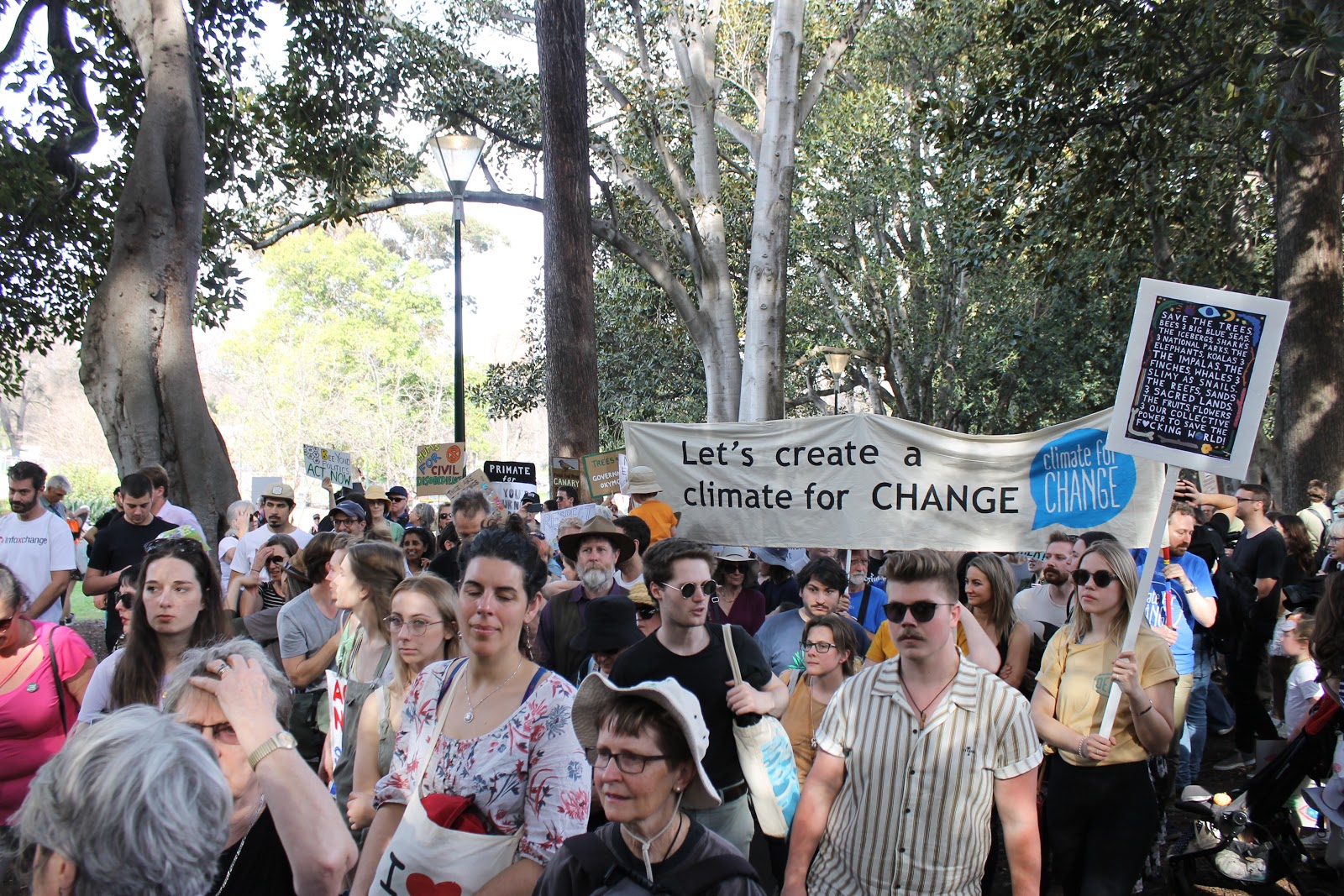 Climate for Change at the Melbourne climate strike on Friday 20th September.

We were immensely proud and excited to hear stories about our impact on the strike numbers. One of our favourite stories came out of a Conversation we facilitated for 45 staff of a local Melbourne business, Portable. As an immediate result of the Conversation, Portable decided to give staff leave to attend the Melbourne strike!

"The feedback from the team was that the Conversation reframed the issue in a significant way, and allowed them to understand the power of their own actions in a broader context. As a B Corp, we are committed to taking action on the climate emergency, and Climate for Change was a great instigating step that aligned our team.

"The entire company [took] the afternoon off work to attend the Global Climate Strike, and the Climate for Change Conversation was the primary inspiration for this action. Thank you for inviting us to an inspiring, thought-provoking and critical conversation."

Portable staff with their hand-made banners heading to the Melbourne Climate Strike.

Another story we celebrated was of Catherine, one of our recent Conversations attendees. She left the Conversation feeling inspired to take action and reassured of her power as a consumer and citizen. She decided to divest from her bank, then emailed and met her local MP within two weeks, asking to discuss their stance on climate change.

If that wasn’t enough, Catherine then attended the Global Climate Strike - her first one ever!

"I attended the Global Climate Strike with a sign I made at the Climate for Change poster making event, asking the Government to ‘give us back hope’ for our future.

"It was my first climate strike - I took annual leave to attend because I really wanted the numbers on the streets to reflect the concern I see in our community, and for the media to recognise climate action as well-beyond the ‘fringe issue’ that it is still depicted as.” 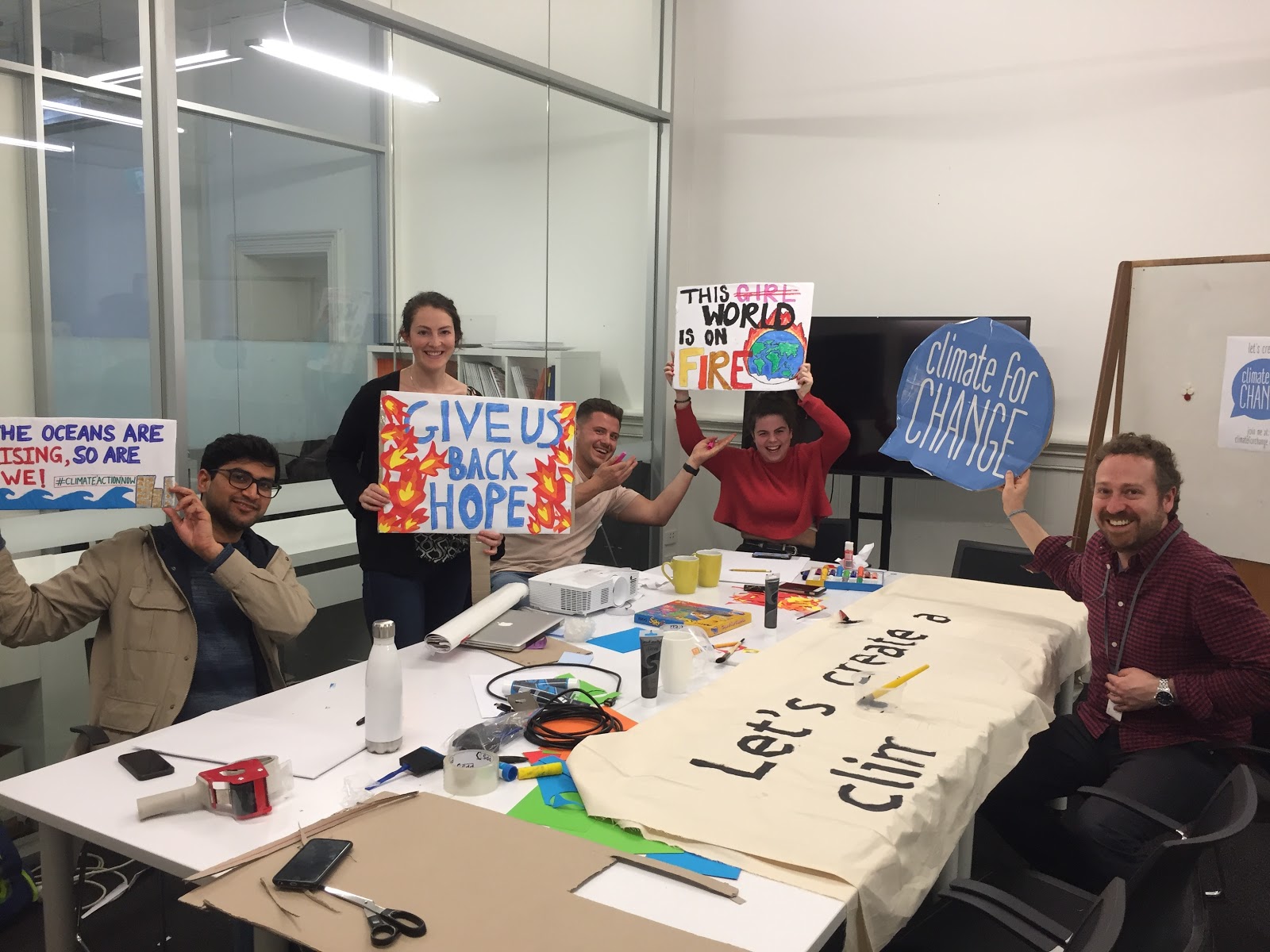 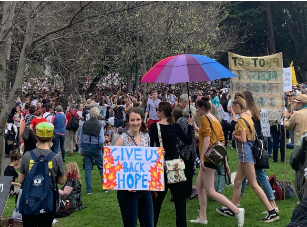 Catherine at the banner making session we hosted, and with her sign at the Melbourne strike.