One of the Communities Leading Change facilitator projects, The Climate Couch, has been appearing in and around the Latrobe Valley in Gippsland, with a variety of people participating in this space. 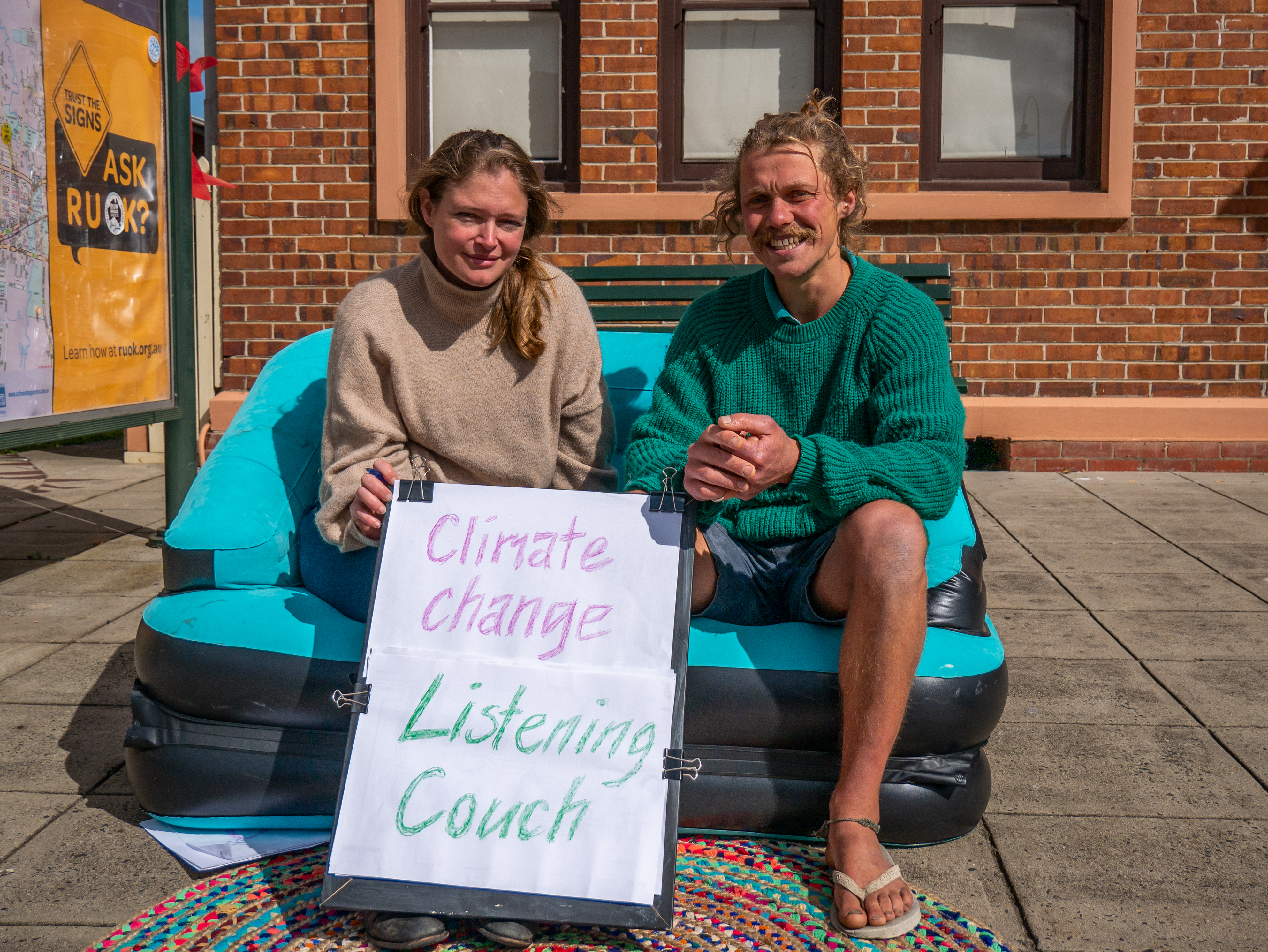 Katerina, Climate for Change's Founder and CEO, and Robin, The Climate Couch project facilitator, outside the Traralgon Post Office and Court House

The idea behind The Climate Couch is to reach everyday people and help them to engage in novel and non intrusive discussions around climate and energy transitions. However, the couch is also meant to be a bit of fun, and people are welcomed to write a message after their conversation and have their photo taken to add to a growing collection of community voices. 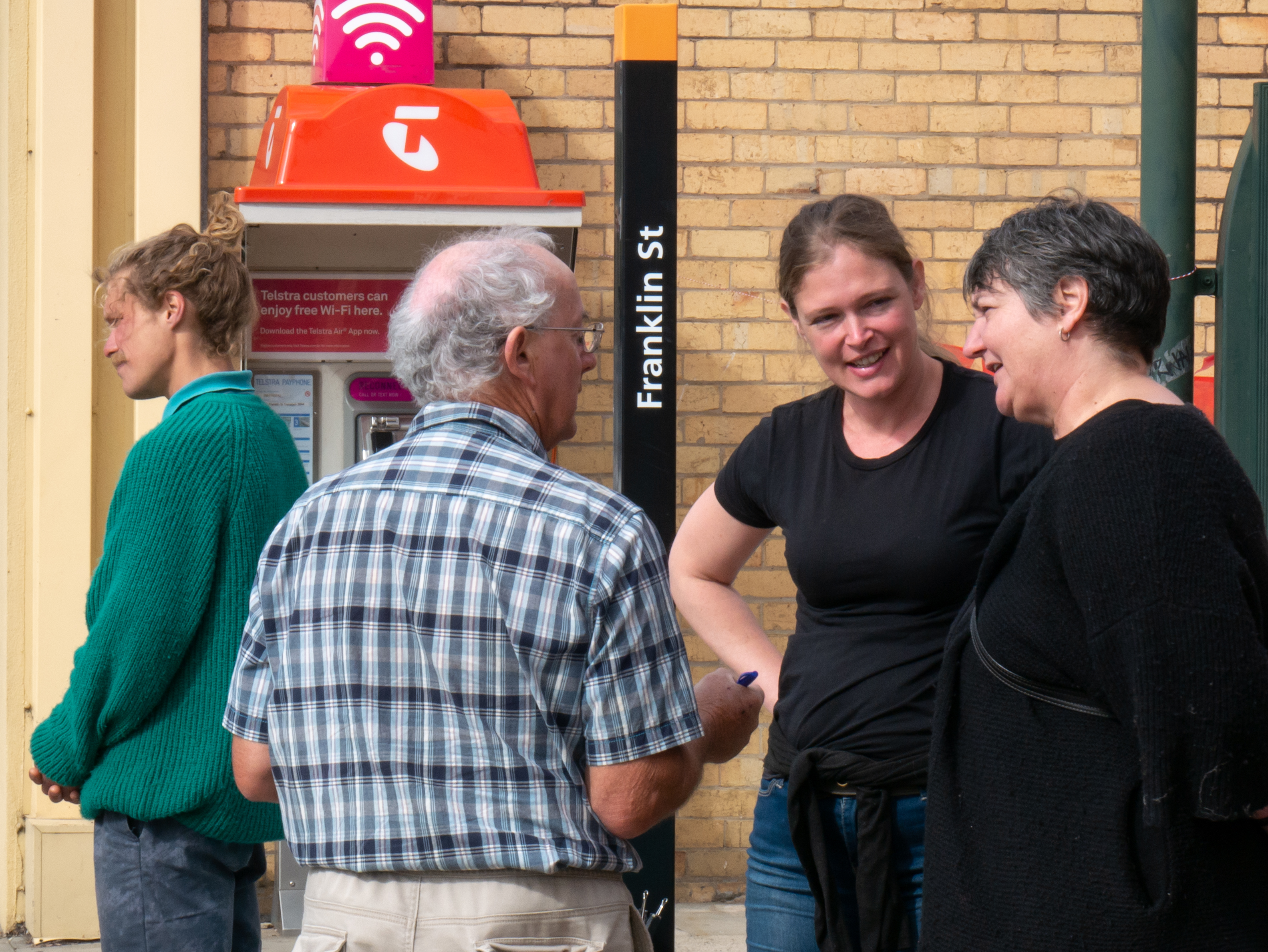 These conversations are particularly important for this region, as there are three coal-fired power plants in operation here and another that is in a post-mining rehabilitation phase.

While the economics are often focused on the couch aims to connect more deeply with the cultural shift required to bring the communities together so that they can engage in effective and timely climate and transition actions. 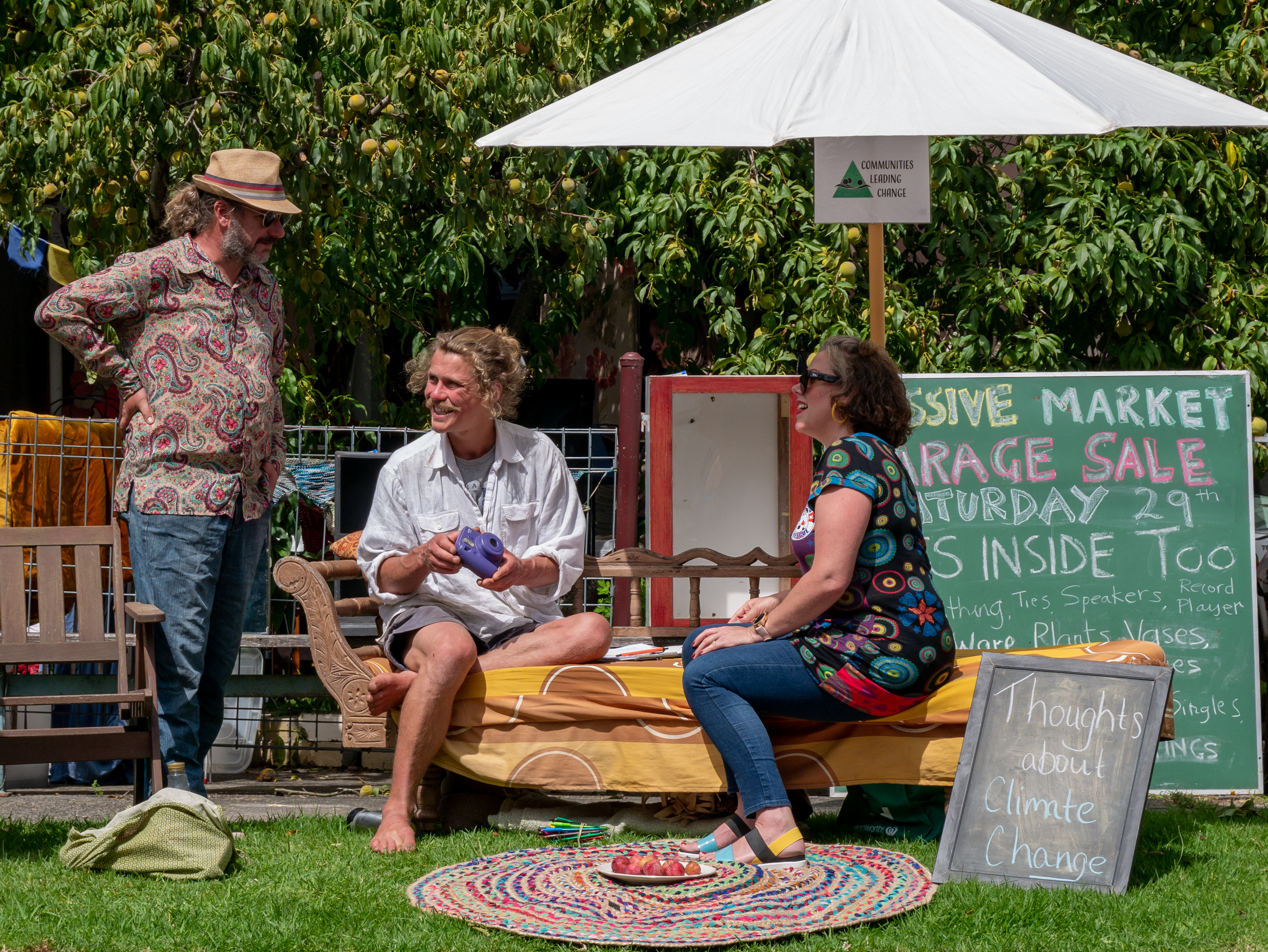 The Climate Couch at the Boolarra Folk Festival

Thank you Robin and Katerina for facilitating such important conversations from The Climate Couch!