Meet Donna and Liv, who are regularly demanding climate action from their local leaders with their MP Engagement Group. 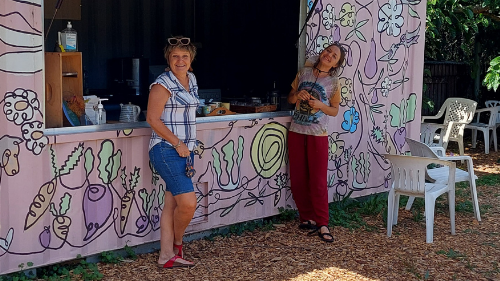 As work in our focus electorates of North Sydney and Ryan continues, we’re excited to see momentum for action building.

In August, Liv hosted a Climate Conversation over Zoom for her family and friends while in lockdown, most of whom live in North Sydney. Her mother Donna was particularly inspired by the experience and since then, the mother-daughter pair have been hosting MP Engagement Group (MPEG) sessions via Zoom.

Their group meets every fortnight to write to local MP Trent Zimmerman and others – and they’ve sent about 85 emails since August.

They’ve written about a wide range of topics, including the Beetaloo Basin, a renewable energy COVID economic recovery, Zali’s Steggall’s Climate Act Now bill and CO2 targets for COP26. They use the MPEG Issues Briefings as the basis for their discussions, which they say allows them to educate themselves and share their thoughts on various issues.

Trent Zimmerman has responded a few times, often arguing the case for moderate Liberals working within the party. They also got one response from the Prime Minister! The group is buoyed by the fact that all their letters are registered, and feel like that is certainly having an impact.

Donna and Liv find the MPEG platform supportive and educational. Donna says, “It emboldens me to weave the climate crisis into conversations with the chemist, the hairdresser, at boot camp and elsewhere! It has certainly helped me to replace my feeling of despair about inaction from the government into hope and positive action.”

We’re thrilled to see this mother-daughter pair and their MPEG group so committed to demanding climate action from their leaders!

We can’t wait to see the future impact this will have on climate action in North Sydney.