This month was big for climate leadership and the energy revolution. The Queensland state government announced its new energy plan, which puts them at the forefront of the renewable energy transition in Australia. 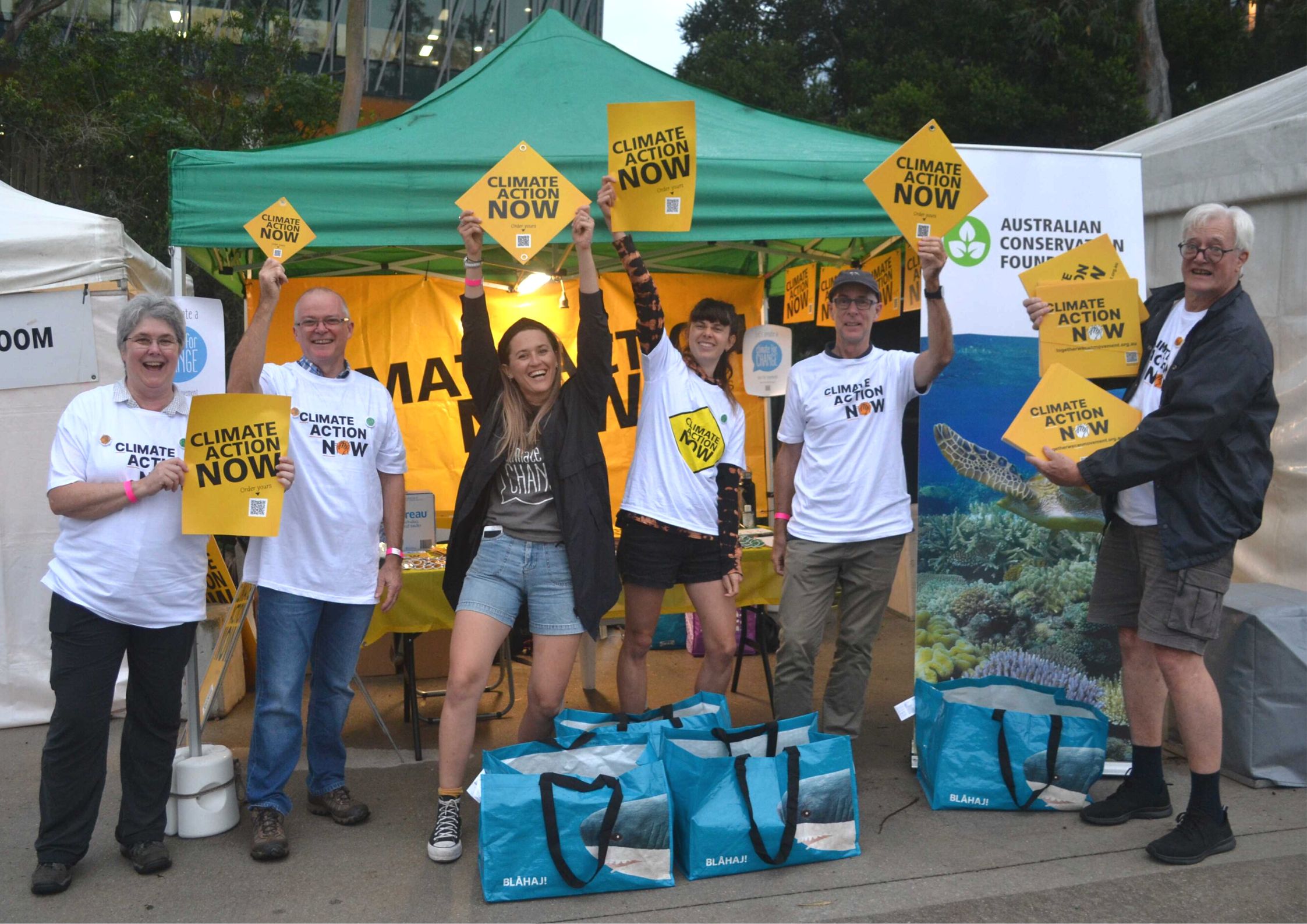 They’re aiming to reach 70% renewable energy production by 2032 and 80% by 2035, providing 100,000 jobs across the sector. By 2035, all state-owned coal burning power generators will be operating as clean energy hubs, and Queenslanders won’t be reliant on coal anymore! This will be a massive shift for the sunshine state, with big investments into renewables and away from coal and gas.

These power moves for a cleaner future are aligned with the recent shifts we saw post-election towards climate-positive leaders, where seats swung in Griffith, Ryan and Brisbane to the Greens. Community support for climate action is clearly strong and growing, and our work there could not be more crucial right now.

Tenielle Dunkley, based in Meanjin (Brisbane), leads our Climate Conversations Program and MP Engagement Groups in QLD. Here she reflects on some of the highlights from the year and shares stories from four of our fantastic QLD volunteers.

The Brisbane community along with many in south east Queensland have been directly impacted by climate change this year. In the last 12 months we’ve engaged Brissie locals to take action through Climate Conversations, CAFE’s, MPEGs and loads of special events.

Facilitator and MPEG host Suzanne Mungall has been hard at work in her home town of Kingaroy, in regional south east Queensland, inspiring people across her conservative community to have conversations about climate, as well as engage with their federal MP, Nationals leader David Littleproud. In the last year she has facilitated over 10 Climate Conversations, as well as developing conversation structures to better connect with QLD health practitioners in collaboration with the Climate and Health Alliance.

Suzanne was first introduced to our Climate Conversations by volunteer Facilitator Janet Bishop, who drove three hours across the electorate to facilitate a Climate Conversation for Suzanne and her friends. Now, the two leaders have started organising a Maranoa MPEG to get more rural community voices heard on climate across one of the biggest geographical electorates in the state. And with their local MP as the leader of the Nationals Party, they’re in a great position to make change!

Suzanne’s full story features in Claire O’Rourke’s new book on hope in the climate crisis, Together we Can.

Neil Taylor has been proactive in the Ryan electorate since late 2021. He has facilitated multiple Climate Conversations with C4C, helped train our Climate Communications Bootcamp volunteers, and delivered the YouGov poll results to his LNP MP during the election. Neil’s involvement in advocating for climate action during the election was highlighted in an interview on A Current Affair in May (watch from 4:30). In the feature interview he spoke about how conversations on climate amongst the community in Ryan had a deep impact on the election results. The fact that this interview went to air on mainstream television in QLD is a telling sign of the shift we’re seeing in our communities as voices are being heard and amplified across the sunshine state! 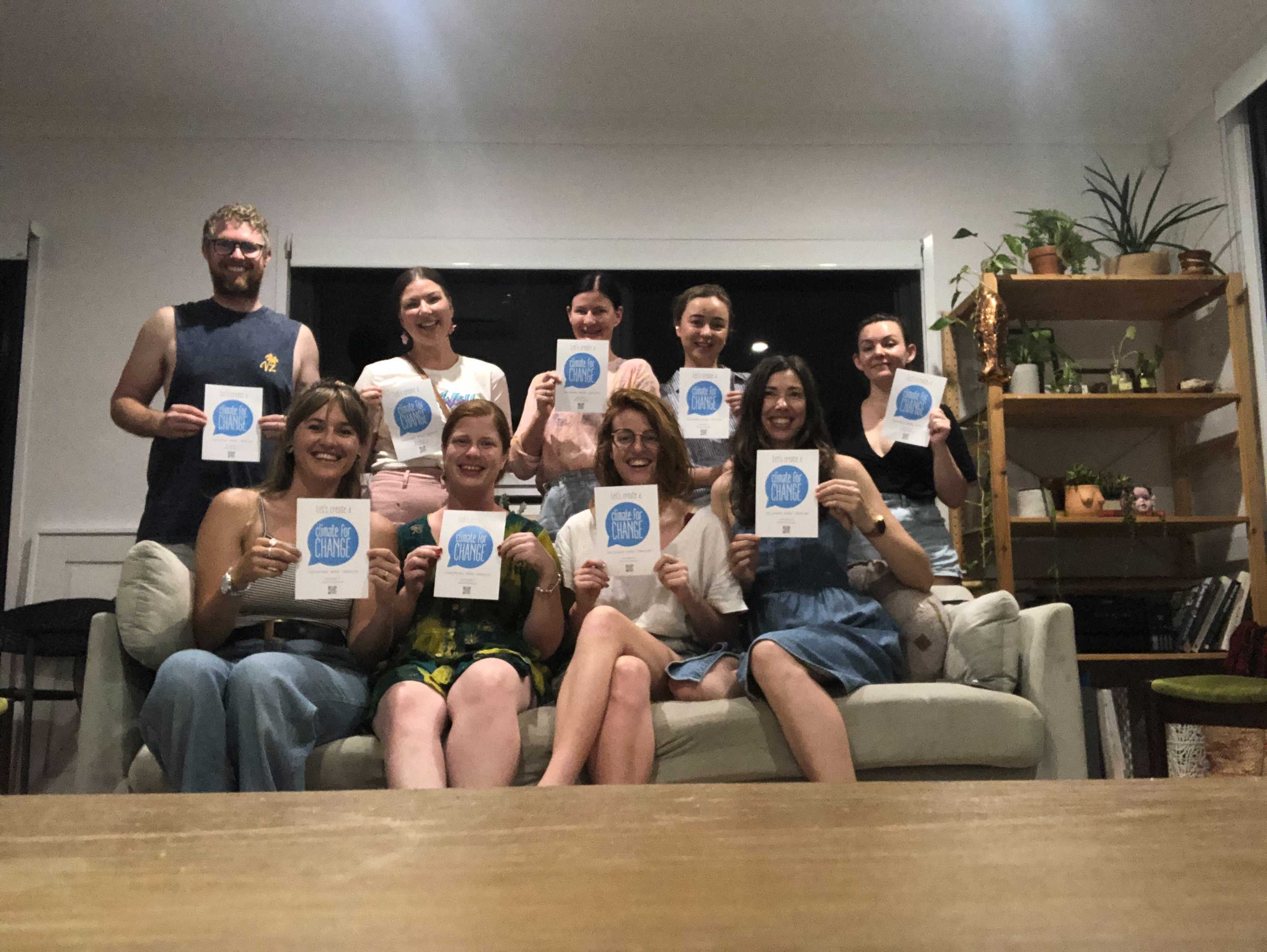 Leading into the federal election, Tanya wanted to bring together young parents at her local childcare centre to talk about climate change and the ways they could have an impact within the community. Thanks to the support of the child care centre’s management, parents were able to come in on a Saturday afternoon to attend the Climate Conversation, whilst their kids were minded on site! This unique setup offered a welcoming and supportive space for parents to connect on climate and is just another example of volunteers adapting the C4C Conversation to break down barriers for people to engage.

We are immensely proud of our team’s efforts up north and we’re seeing the effects of this leadership today. We know that big moves towards renewable energy come with push back from the fossil fuel industry. To ensure we can  shift towards a safer climate future this decade, we need to build broad social support for climate action and with it support for governmental leadership on climate change. That makes our work in QLD even more crucial - watch this space as we continue to work for change!