On January 26, our team takes the opportunity to reflect on caring for country, allyship, and the essential role First Nations peoples play in the climate crisis. 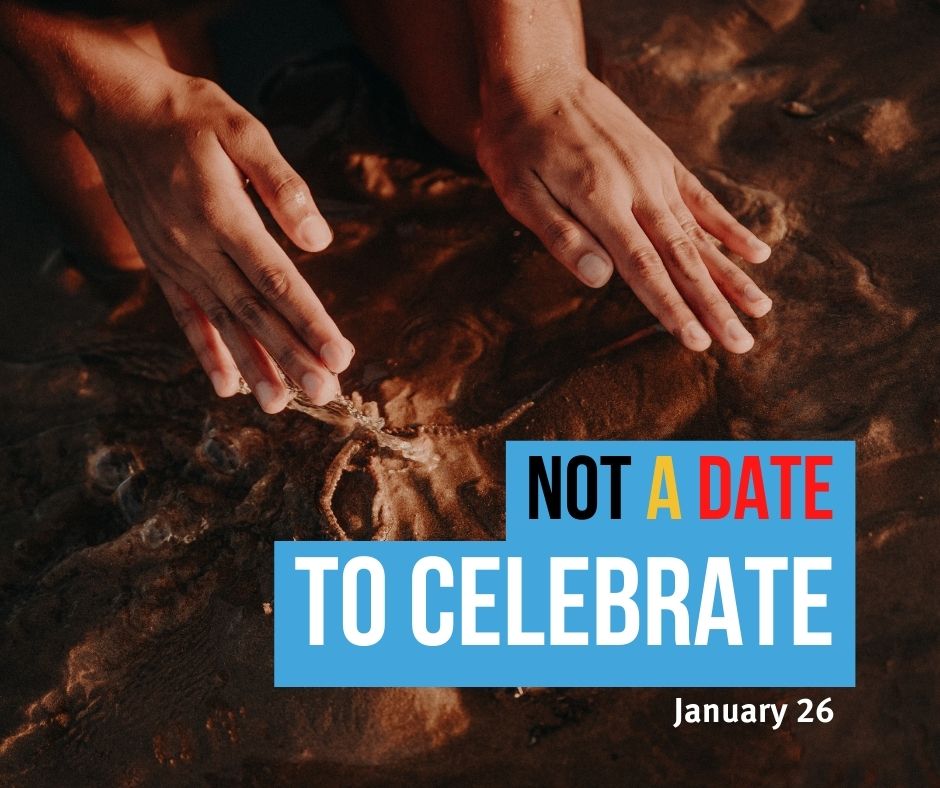 Climate for Change acknowledges the Traditional Custodians of Country throughout Australia, whose sovereignty was never ceded. We acknowledge that Indigenous peoples around the world are at the forefront of climate change, both in experiencing its effects and leading solutions for change. We pay our sincerest respects to all Elders, past, present and emerging.

January 26 is a poignant date in the calendar for all Australians, most especially for the Traditional Owners of this stunning country.

The date marks an incredibly significant turning point for Australia - the official colonisation of Sydney Cove (known as Warrane by the Eora peoples) by Britain in 1788, when Arthur Phillip landed his ships ashore at what we now call Circular Quay.

In other words, January 26 marks Invasion Day, or Survival Day, for most First Nations peoples. It’s a dark day, a day for mourning. For non-Indigenous people, it’s a day that invites learning, recognition, and deep reflection of our country’s true history.

Our staff work, live and play on the lands belonging to the Wurundjeri, Woi Wurrung, Wadawurrung, Eora, Turrbal and Jagera peoples. With volunteers in every state and territory, the C4C community resides on stolen land right across Australia.

Based on the east coast of the continent, we have all personally seen and felt the devastating and often traumatic impacts of recent extreme weather events contributed to by climate change, namely flooding and bushfire in southern Queensland, coastal NSW and many parts of Victoria.

Aboriginal and Torres Strait Islander people live on the front line of climate change, fighting for the protection of country and experiencing the impact of colonisation and climate change on country.  First Nations organisation Seed explains that “it’s our communities on the frontline who need to be at the forefront of change; leading the solutions and building a society that is healthier, cleaner, more just and puts people before profits”, and we could not agree more.

As a climate organisation working to create the social climate in which our political leaders take effective action to stop, and ultimately reverse, global warming, we take a breath around this time each year to reflect on the critical central role First Nations individuals and organisations have played, and continue to play, in this goal and in the fight for climate justice.

Today, we invite you to look back with us on what was a pivotal year of change and progress for First Nations climate campaigners and the broader collective of Australian climate organisations in 2022.

LEARN ABOUT THE VOICES OF THE HEART REFERENDUM

This year, there will be a Voices of the Heart referendum to establish an Aboriginal and Torres Strait Islander Voice to parliament. An indigenous constitutional recognition through a Voice is a powerful way to create a fairer and more equal Australia. In this 15-20 minute course you can learn more about the referendum, why it is necessary and how you can get involved.

ORGANISATIONS YOU CAN SUPPORT

As individuals we cannot do everything, but everyone can do something. Below is a non-exhaustive list of Australian First Nations organisations and businesses you may wish to follow, join or support in 2023 and beyond.