Since their inception 18 months ago, MP Engagement Groups (MPEGs) led by Sue Dwyer, one of our core volunteers, have come to support hundreds of people to contact their MPs and ask about their stance on climate. 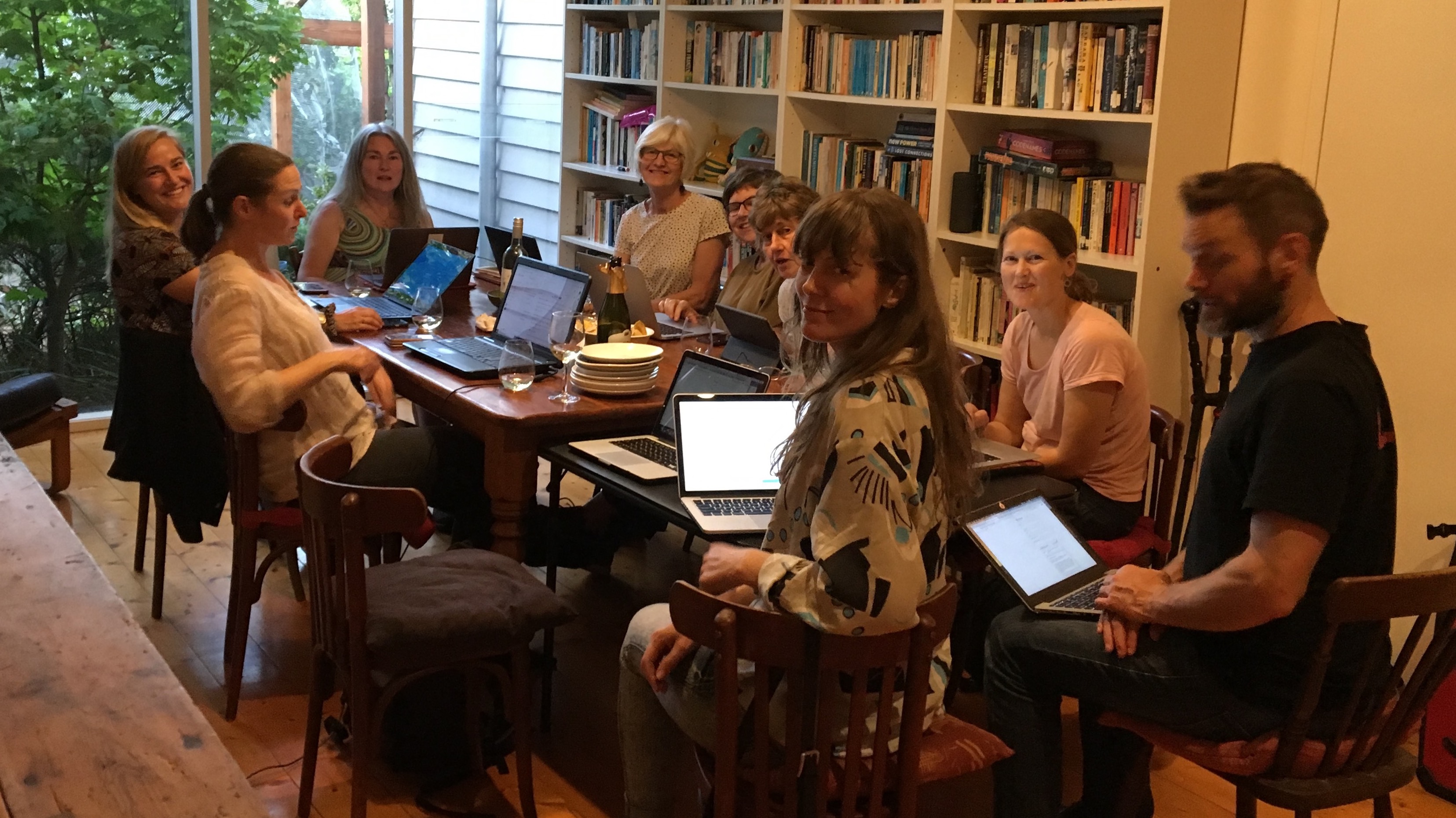 Does talking or writing to your MP have any effect?

Since MPEGs (MP Engagement Groups) began 18 months ago, I’ve learnt so much about communicating with politicians and about running MPEGs.

The first thing I've learnt is connecting with your MP works! And you don’t need any special skills to do it.

Lots of MPEG members, who have never done anything like this before, have developed positive and ongoing dialogues with their local MPs - in person as well as by email. We’ve engaged with politicians at a local, state and federal level to think more about climate, to set up climate reference groups in their electorates, to lobby within their parties and to speak in parliament about climate issues. One MPEG group prompted their local council to declare a climate emergency. Of course we’re not the only ones working in this area, but the more citizens who engage with MPs and demand climate action, the more likely it is to happen.

The goal of the Climate for Change Conversation program is “to create the social climate for effective action on climate change”. Once we’ve realised how dire and urgent the climate crisis is, we actually need to step up and demand that our governments take effective climate action.

In Australia we have incredible access to our politicians. In general, MPs want you to like them - because they want your vote! Some MPs are friendlier and more open than others, but even the most unlikely will grant you an appointment to meet and talk with them and the outcome can be surprising. You can always find common ground and your conversation with them might help shift their view or spur them on.

How have MPEGs evolved and who joins?

The first year of MPEGs was largely an experiment - testing out different approaches and seeing what worked or didn’t! Apart from encouragement from Katerina and Climate for Change (C4C), I had no funding and was volunteering my time, and it was hard work developing resources and contacting people who were interested in getting involved. With some technical help from Ajaya at C4C, I developed how-to tools and put examples for visiting, calling and emailing MPs up on the website. A dozen or so groups started up and off we went. After the federal election last May, there was increased interest. Kira volunteered to help me and more people joined groups. 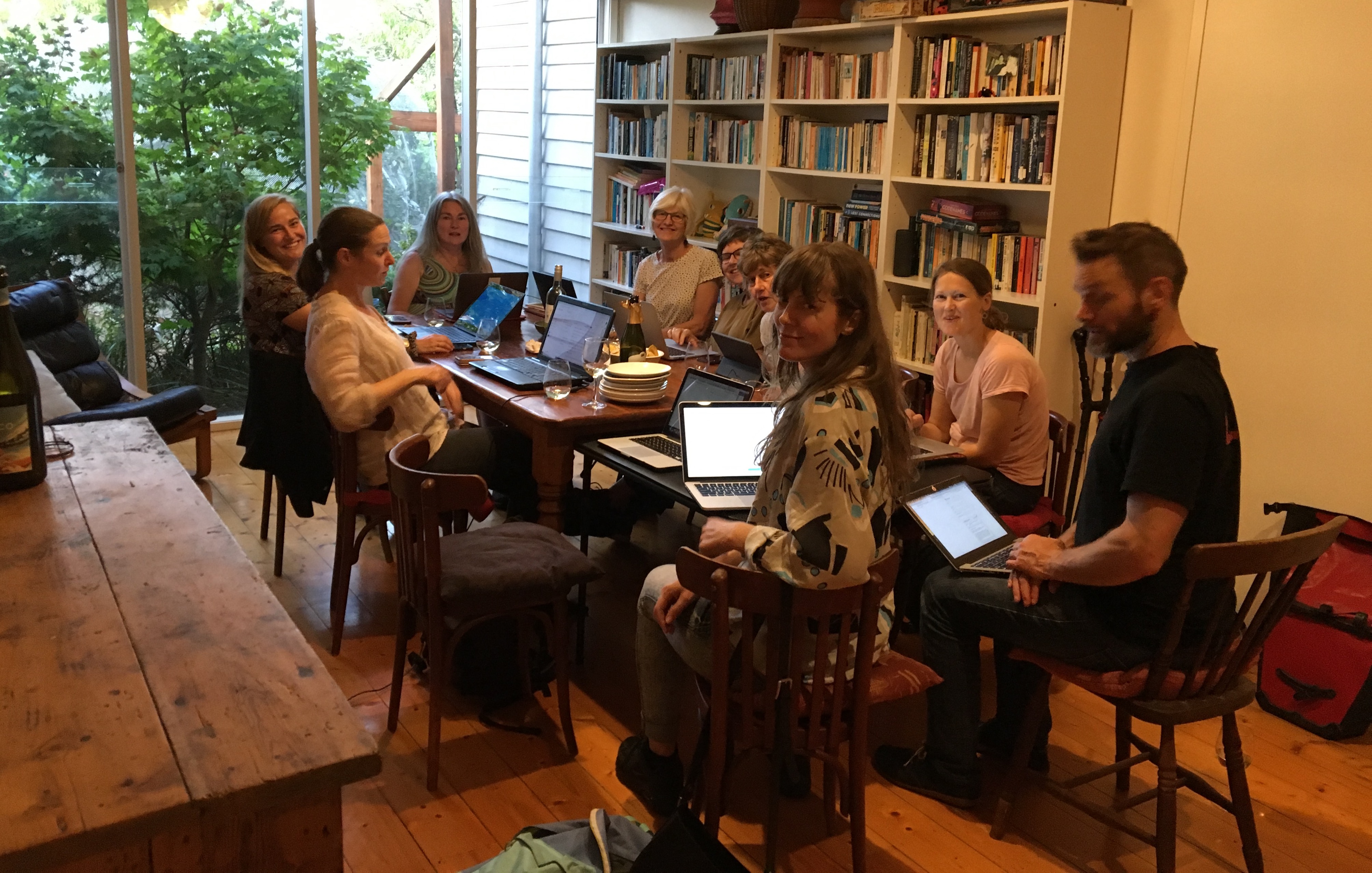 Then, during our summer of catastrophic bushfires, dozens of people contacted us about MP engagement and the number of groups and members have swelled. I’ve managed to connect keen people to others in their local areas and several have volunteered to start new groups when there wasn’t one already close by. More than 10 new groups - in Adelaide, the Gold Coast, Geelong and across Melbourne, have started this way in the past couple of months.

About 80% of people who have asked to join MPEGs have come from the Conversation program or from the wider Climate for Change community - through our newsletters, social media and website traffic. The rest have found us online or by word of mouth.

The people who contact us make up roughly half of group members. Then, once a group gets going, it takes on a life of its own and the other half are friends or friends of friends who hear about it and want to come along. Most of our groups are in Melbourne but there are also groups in Darwin, Queensland and South Australia, plus a handful of individuals in NSW.

How do you engage with MPs?

Although many MPEG members have braved up to visit MPs (which isn’t scary at all really!) most people feel more comfortable emailing. Doing so in a group is more fun, more social, more motivating and more productive. You can run ideas past people, have a glass of wine or a cup of tea, have a few laughs and know you’re not alone with your fears and hopes for change.

Last October, Ajaya helped me set up a DoGooder email tool on the Climate for Change website as a trial to see if it would encourage more people to engage with MPs. It’s designed to be a simple and easy first step for people to take action and contact their MPs. We’ve also provided tips and links to help people to personalise their emails.

We’ve had four different topics on the online email so far. The first was an email supporting the many climate strikes and actions last Spring. Then when the bushfires grew out of control before Christmas we changed it to one about bushfires and climate action. Since then we’ve had one to support Zali Stegall’s Bipartisan Climate Bill, and more recently to ask MPs to support a climate focused economic recovery after the coronavirus crisis.

So far, more than 4000 emails have been sent to federal MPs using this tool.

As people realise how easy it is and gain confidence they can then move on to writing their own from scratch. We have extra online resources to help people with that - templates, sample letters and talking points on a range of issues to help make engaging with MPs as easy as possible. I update these issues regularly and send an email every 2-3 weeks to MPEG hosts with suggestions of issues or sometimes campaigns to support. There is never a shortage of issues to write about or people to write to.

We also have some resources with guidelines, tips and examples on how to arrange and plan a face-to-face meeting with an MP.

What about now, in this strange time of coronavirus? Is there anything for MPEGs to do?

The way we live and operate in the world has changed so much and so quickly and we have to change with it. At present we can’t visit MPs face to face, and we can’t even hold MPEG sessions!

But the climate crisis hasn’t gone away, it’s just been buried for a while under the deluge of coronavirus. So, like most other organisations and groups are doing for now, we’re "Zooming" online.

I held my first online MPEG on Tuesday 7 April. One benefit of online meetings is people can join from anywhere, so we had people join from three different states. It was an experiment and quite different to meeting in person, but it’s still a valuable way to connect and motivate each other to keep up the climate action.

A couple of other hosts are doing the same thing. After testing a few things out I’m developing a guide that hosts can use to run their MPEGS online while we’re all physically distanced.

One of the big issues Australia will be facing in a few months time is how to get the economy up and running again and how to find jobs for everyone. This will be an amazing opportunity for sustainable, forward-looking, climate-friendly stimulus - the perfect time to transition workers to fairer, more socially just and sustainable jobs and industries.

We need to decide what sort of Australia we want and lobby hard for it.

How can we join an MPEG?

If you’re motivated to join a local group, or start your own fill out this form and I’ll be in touch soon. Some local groups will be organising their own zoom sessions.

My next online MPEG session will be on May 4 - details and RSVP on Eventbrite here.